There has been a brewing argument over the last few weeks between ballet dancer Sarah Lane against a few key members of the production staff for the film Black Swan (2010). It is an age old cat fight in the school yard, but it does pose an interesting question about film production. Here is the entire situation in a brief summary. Director Darren Aronofsky wants to make a movie about a ballerina. He hires actress Natalie Portman to portray the dancer, Benjamin Millepied to choreograph the dance numbers, and professional ballet dancer Sarah Lane to be Natalie’s body double for the extremely difficult dance numbers.

After the Natalie Portman won an Oscar award for her performance in the film Sarah started complaining publicly of an unfair acknowledgement. According to Sarah’s mathematical formula of physical contributions she had appeared in ninety-five percent of the full body camera shots with Natalie’s face digitally inserted in the shot during post-production. If you watch the Visual Effects reel over on YouTube (click here to watch) then you will see what I am referring to here.

Other members of the film crew have been refuting Sarah’s claims marking them to be nothing more than pure grade bologna. It has finally arrived to the level of elementary school counting by the director of the film and his trusty editor! I am not joking, because embedded below is a quote from Aronofsky sent out as press release via the film’s distributor, Fox Searchlight. I have retrieved this quote from the Entertainment Weekly website.

Here is the reality. I had my editor count shots. There are 139 dance shots in the film. 111 are Natalie Portman untouched. Twenty-eight are her dance double Sarah Lane. If you do the math that’s eighty percent Natalie Portman. What about duration? The shots that feature the double are wide shots and rarely play for longer than one second. There are two complicated longer dance sequences that we used face replacement. Even so, if we were judging by time over ninety percent would be Natalie Portman. And to be clear Natalie did dance on pointe in pointe shoes. If you look at the final shot of the opening prologue, which lasts eighty-five seconds, and was danced completely by Natalie, she exits the scene on pointe. That is completely her without any digital magic. I am responding to this to put this to rest and to defend my actor. Natalie sweated long and hard to deliver a great physical and emotional performance. And I don’t want anyone to think that’s not her they are watching. It is.

Reading the development of this story over the last few weeks has sparked a question about the utilization of special effects in the movies. Has it really boiled down to playground fighting between performers if they feel unfairly acknowledged with their performance? If the answer is yes, then how come the musical orchestra is not given more credit for supply the soundtrack for the film? Or maybe the makeup artists do not get enough public praise for making the actors looking amazing or horrifically scary on the film screen as the story would call for? Just throwing it out there for thought.

One thought on “Body Double versus Natalie Portman in ‘Black Swan’” 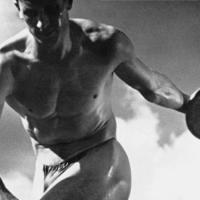 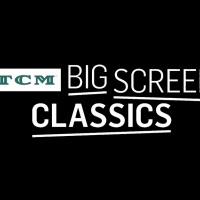